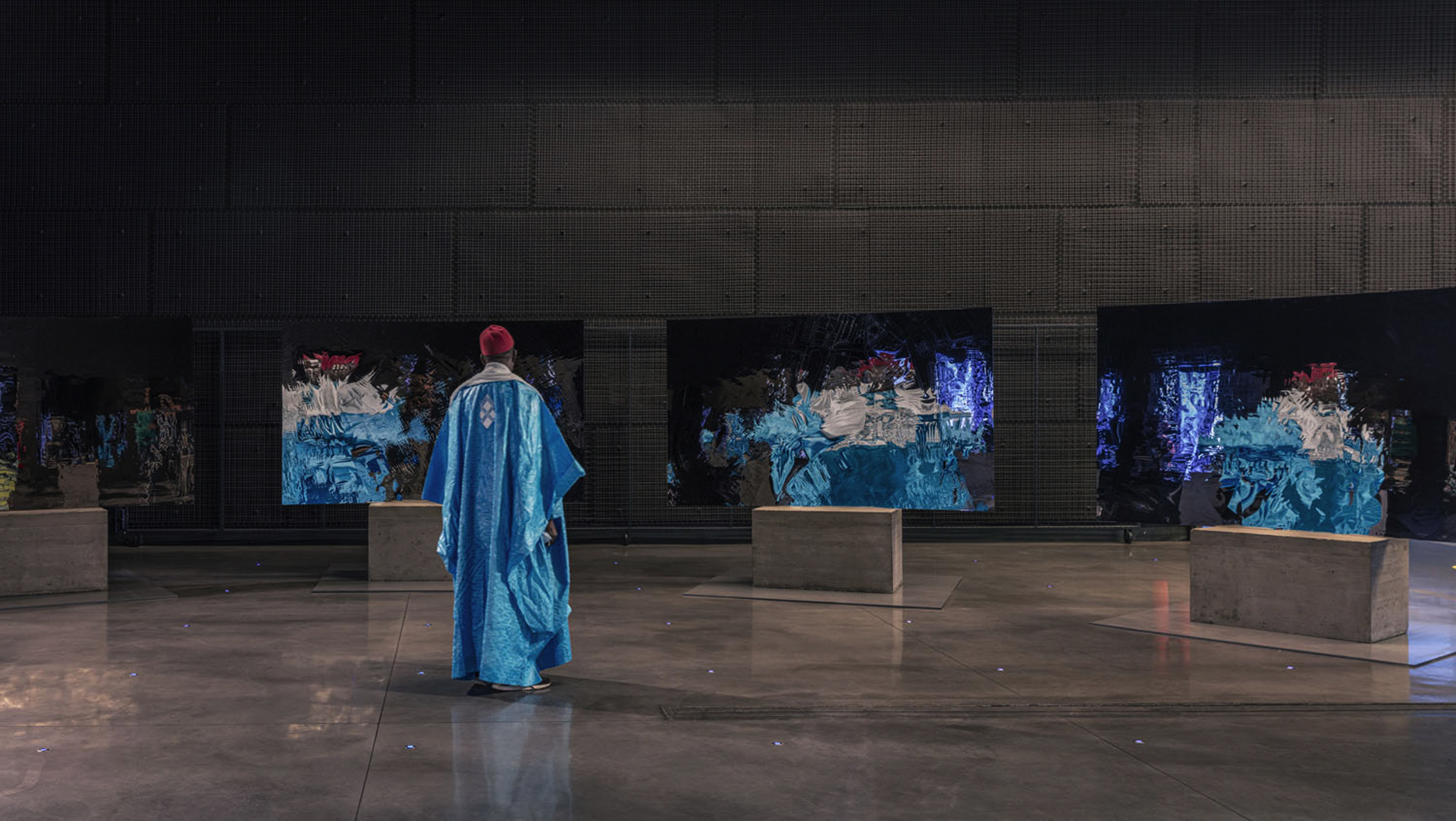 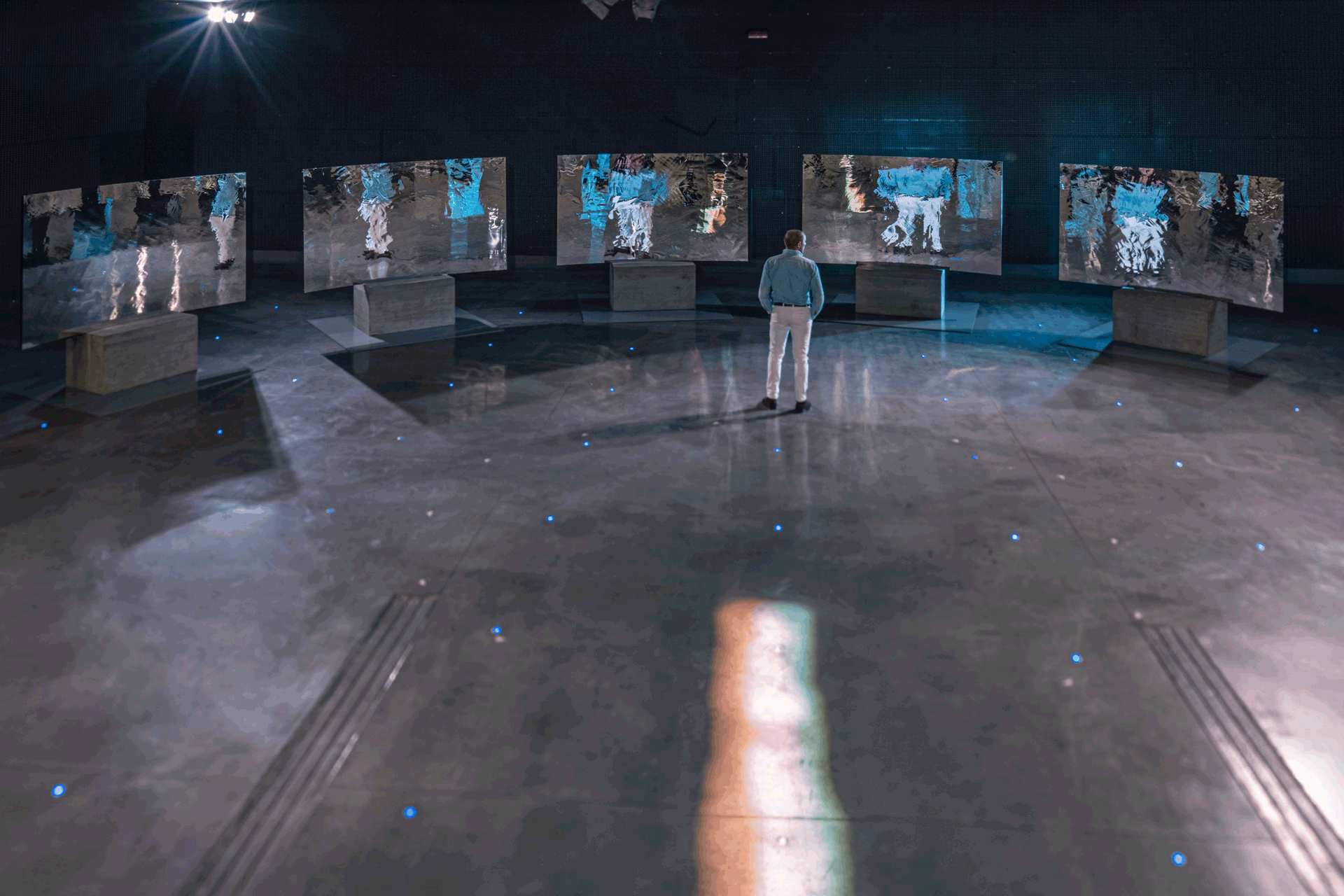 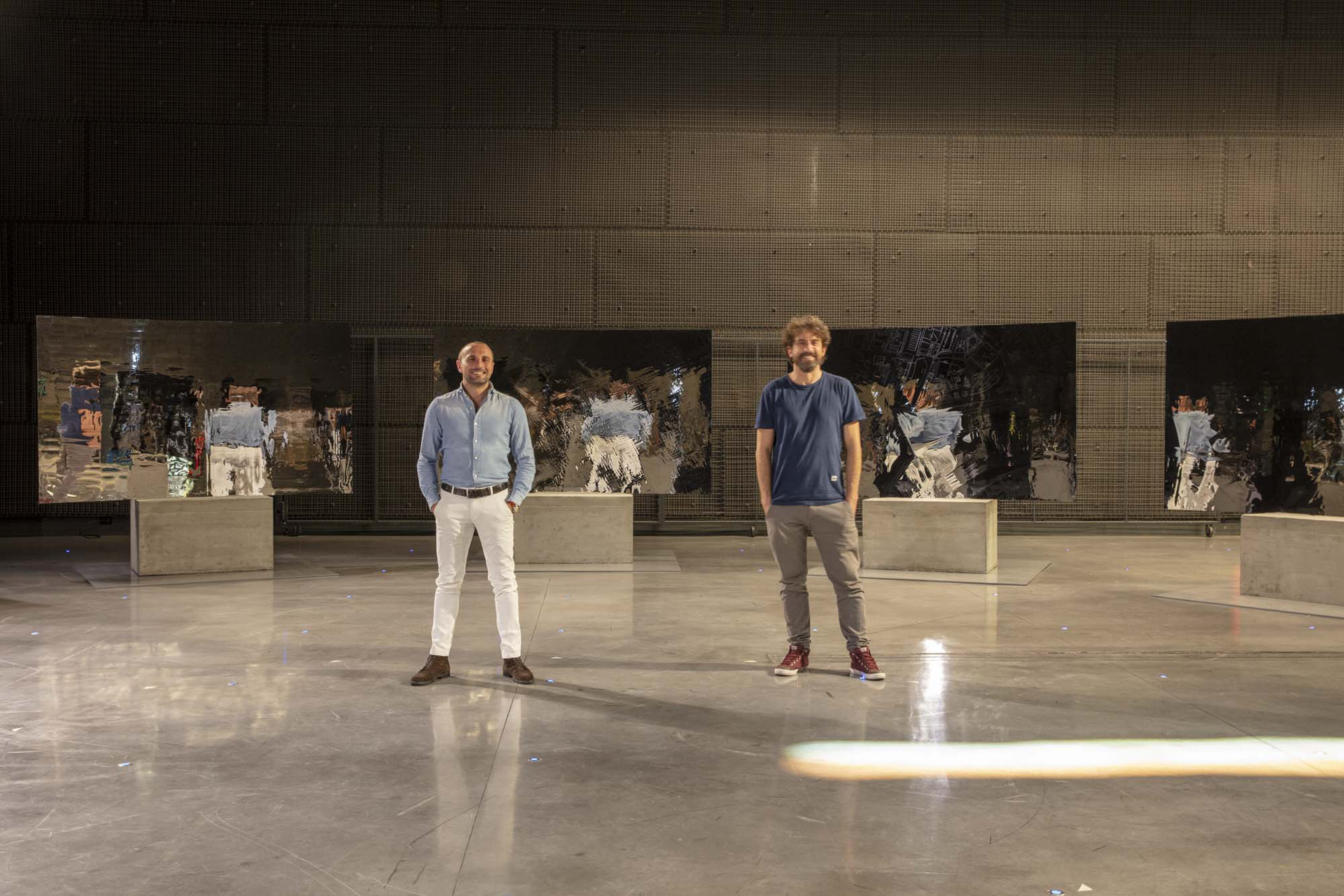 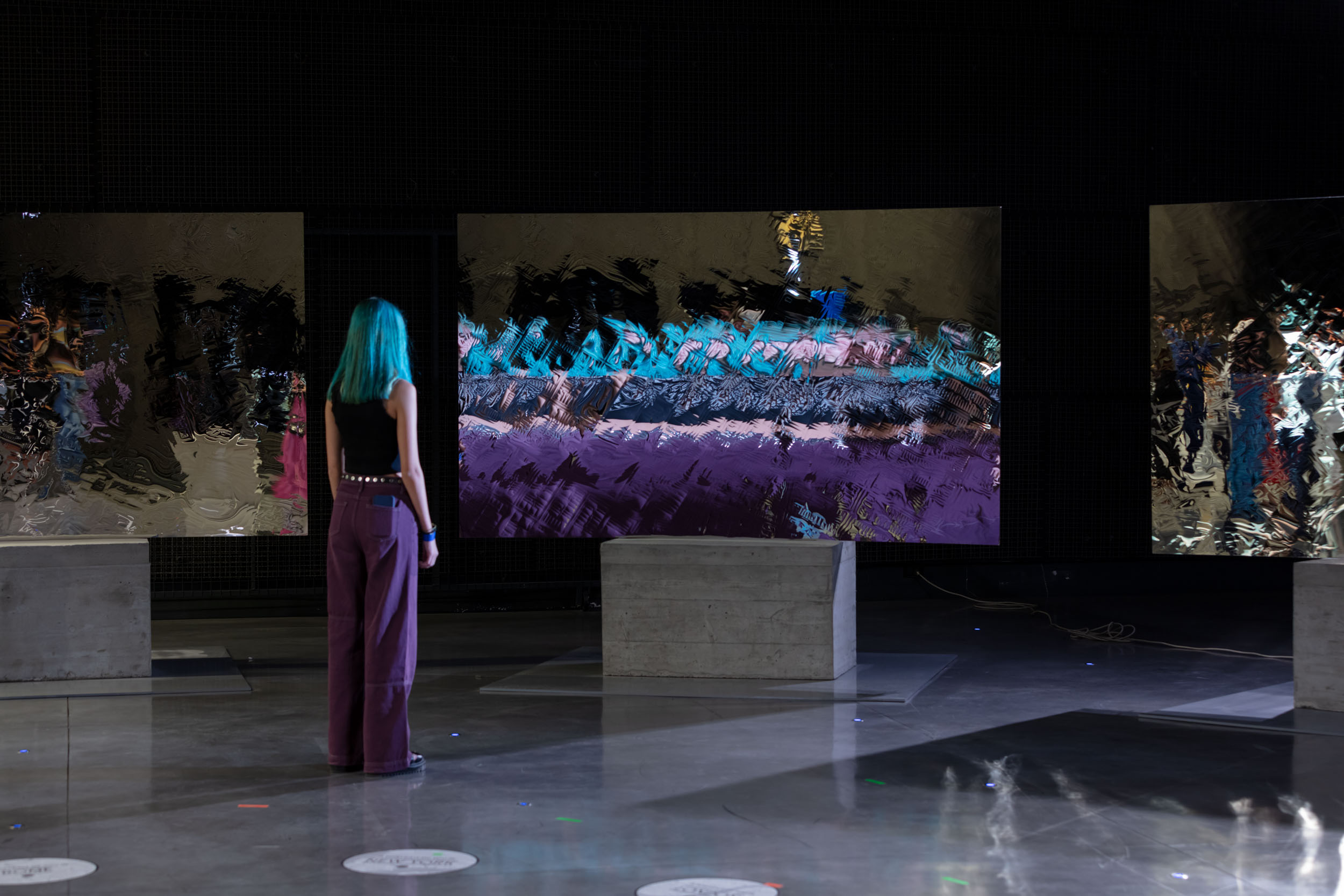 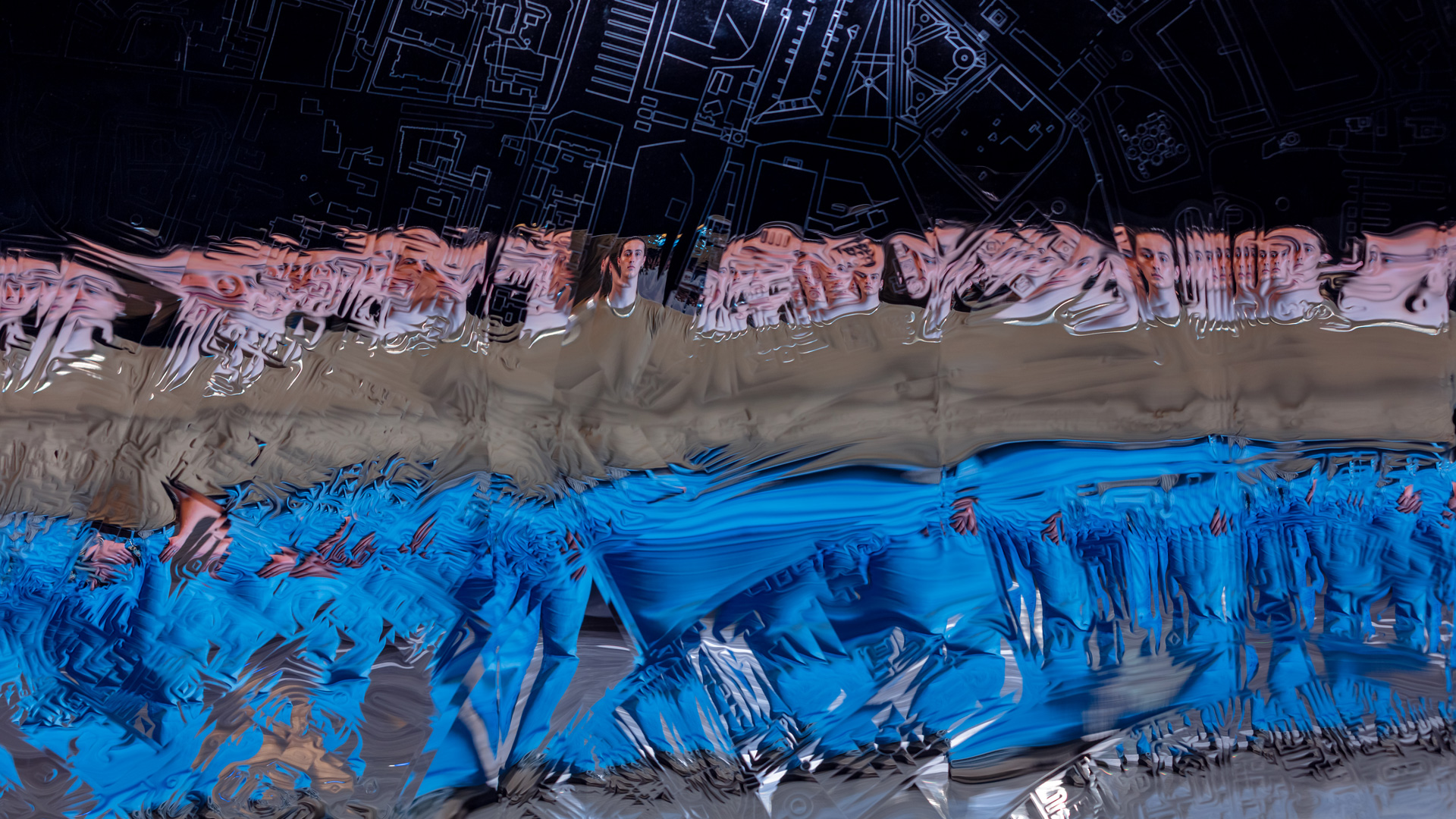 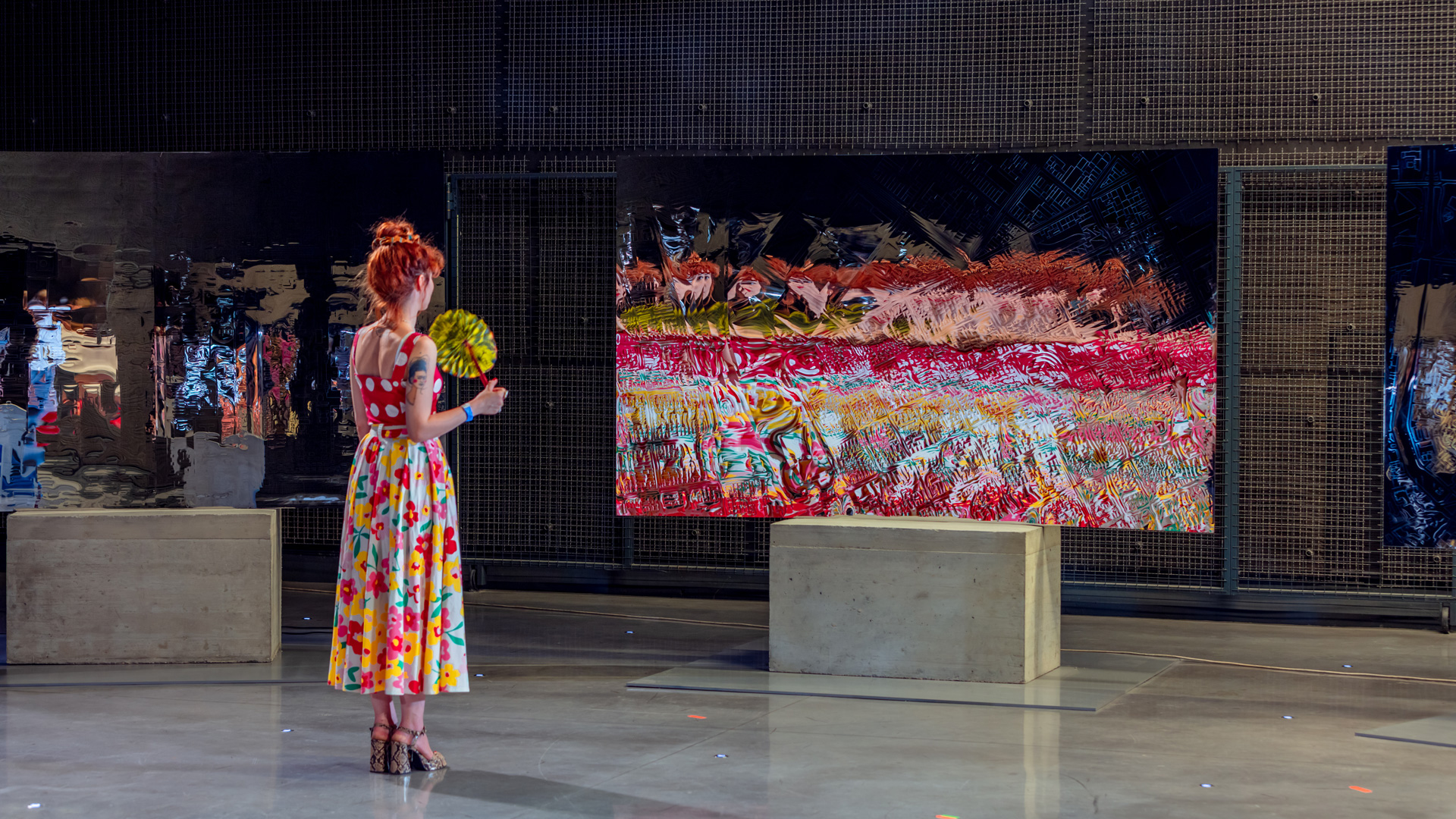 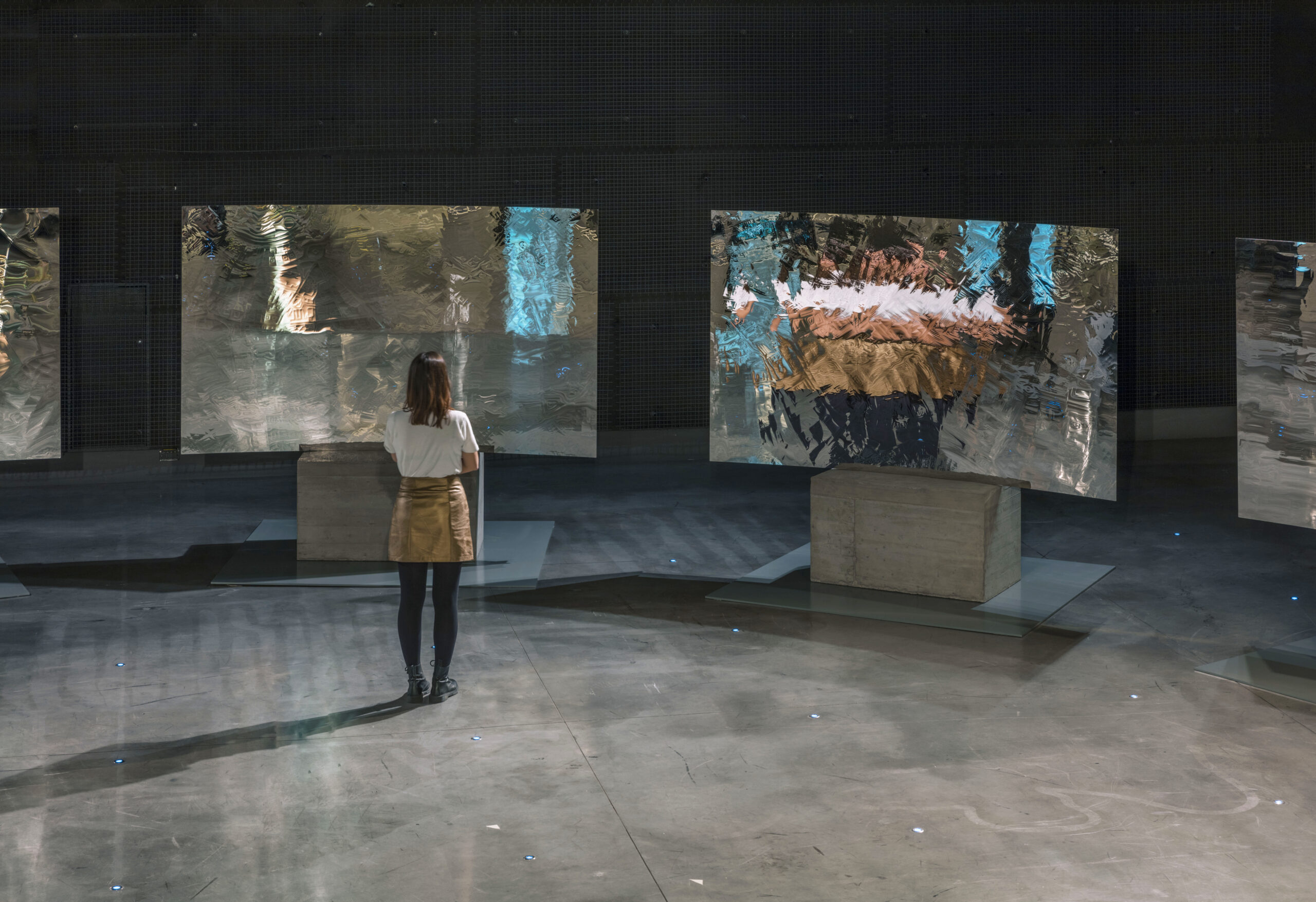 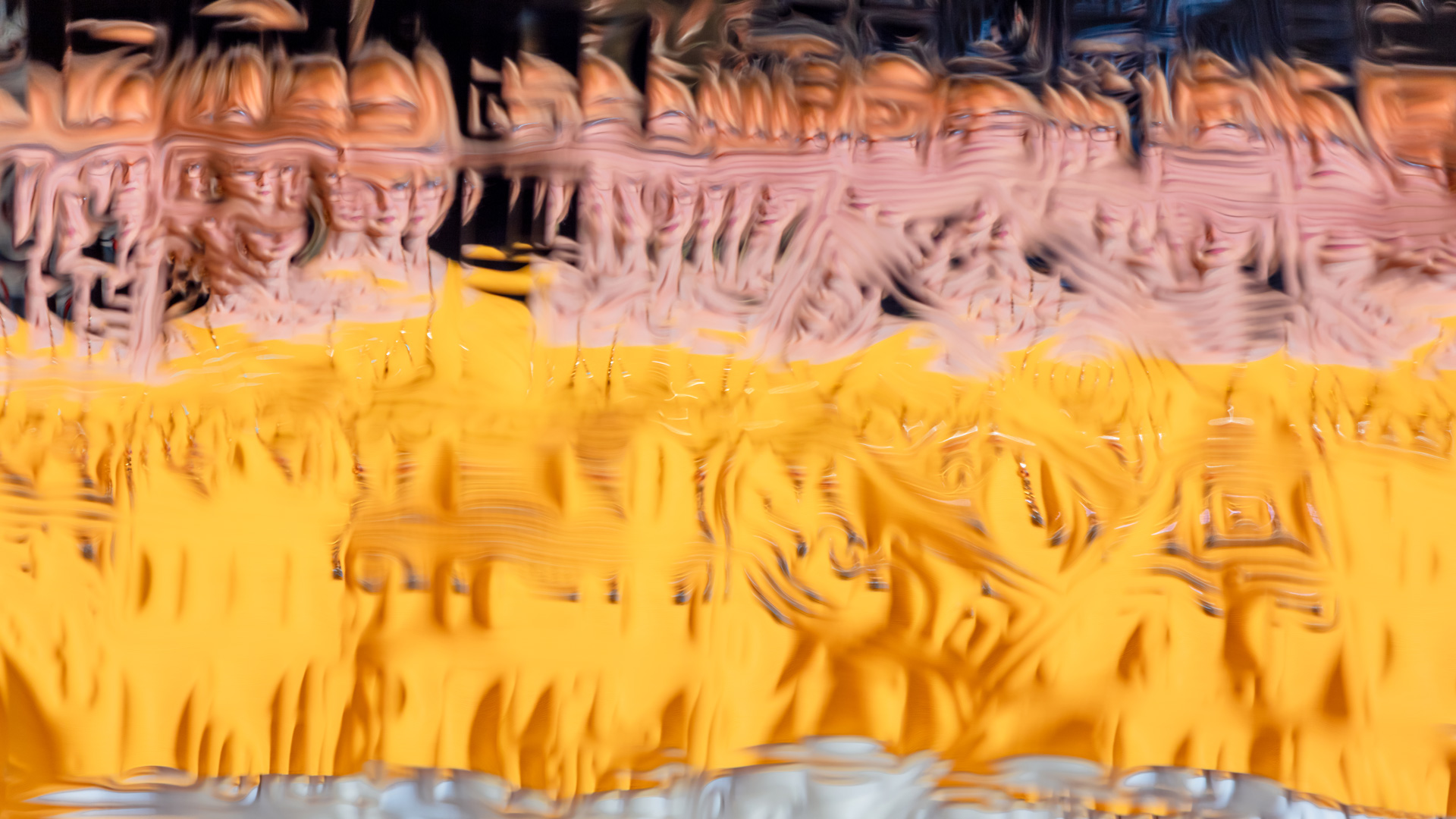 The Roman artist, engraving the topography of a city on the mirroring surface of steel, allows the streets and buildings of a place to completely transform the portrait of those who reflect on them.

The artwork is therefore complete only when the streets of a city are added to the features of a face and a body, creating a unique and unrepeatable result depending on who is reflected in it and the city in which he does so. Throughout 2021 the Milan Malpensa airport will host 12 of these maps, in giant format, in the exhibition “A portrait of everyone, everywhere” curated by Luca Beatrice and sponsored by the City of Milan.

“The cities where we are born and grow up shape and transform us. This is the thinking behind Daniele Sigalot’s maps.”

The theory of non-places ran through the 1990s. According to French anthropologist Marc Augé we were then living in sur-modernity in which all places would end up looking alike: stations, airports, shopping malls, highway interchanges. Gradually our cities would reduce the element of the typical (the center with the square, the church, the customary hangout) toward a real depersonalization, the result of that global process that moreover taught us to travel differently. Lighter, faster, destinations have multiplied, flag carriers have gradually been replaced by low-cost flights that we use as cabs with wings by buying tickets anytime from our smartphones.

Yet it is true that every journey, every movement, leaves us always different and not only because we get up in the air after crossing those same neutral spaces that we share with thousands and thousands of unknown faces, each of which will have its own story, its own reason for going or coming back, to find home or to escape.

The work Daniele Sigalot has installed at the Malpensa airport puts the image of the traveler back at the center, reflected in twelve supermirror steel plates arranged in a semicircle, where he will see superimposed on the maps of as many cities in the world engraved on the mirroring support, familiar places, places of the heart, that he has always dreamed of visiting or that he does not even know. The face and body of the traveler is here, in Milan, yet he could be anywhere else on earth: New York or Paris, Tokyo or Beijing, Buenos Ayres or Rio de Janeiro, Cape Town or Shanghai.

Each episode of the twelve of which the story is composed bears the title Portrait of You, because you, the traveler, are the real protagonist. And so you can take a selfie in front of it, imagining yourself in the moment when you have touched the Far East or South America, when you have returned to Europe or are leaving for an exotic faraway destination. You with your clothes that say so much about you, your carry-on luggage and the one you are about to ship. If your image really matches your portrait, you will catch its splitting, multiplying, shattering into so many possible identities. Because if every journey is always different, every place is never the same, least of all you who have entered Daniele Sigalot’s work, thus allowing it to live on today, even at this precise moment. 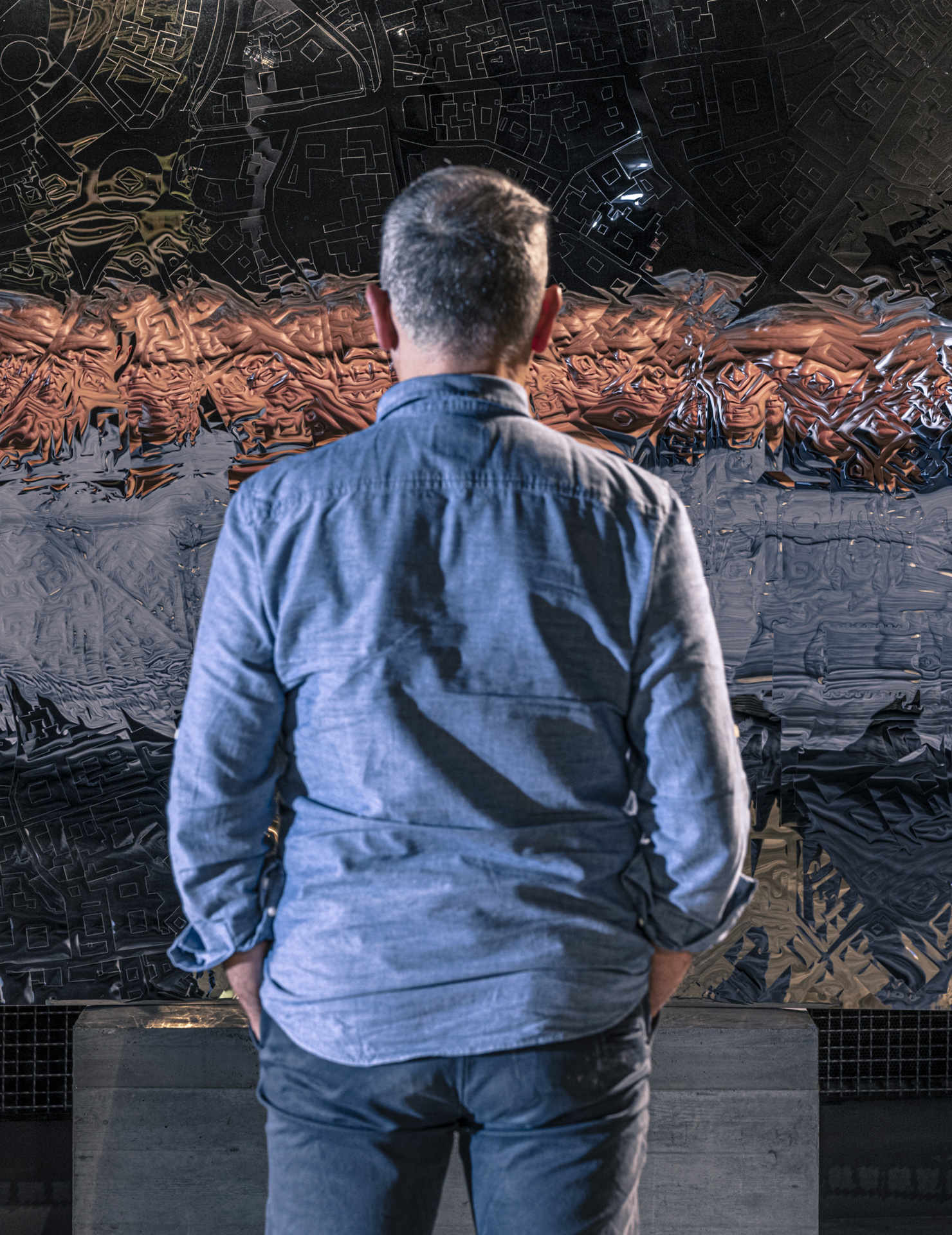